What is an S-Corporation?

When Is the S Corporation Tax Return Due? 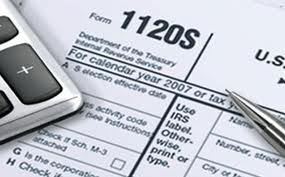 Perhaps the harshest result that we see quite often is the failure of management to make a timely S corporation election. Generally, you have only 2 ½ months after inception to make the subchapter S corporation election, and if you forget to do it, you generally cannot make the election until the beginning of the following tax year. As a result, you may be subject to the double taxation associated with C corporations on your first year earnings. As this is a very common mistake, there are fortunately certain steps we can take to alleviate the problem if you qualify.

One of the unfortunate downfalls of many S corporations is that the owners fail to take a payroll, incorrectly believing that if they didn’t make much, or if they had payroll from other sources, a payroll return isn’t required. If you didn’t take a payroll, you could potentially be subject to payroll taxes on what you should have paid in upon examination. Unfortunately, if you didn’t take a payroll … well there’s not much you can do about it now, except probably to correct it in the following year.

Most of what we discuss here revolves around federal income taxes, but there are state income tax issues to know as well. Certain states treat S corporations differently subjecting them to minimum or franchise taxes, or disregard the tax benefits associated with S corporations. It is not enough to simply form a corporation in a state with beneficial interests where you transact business in a state that taxes S corporations. In fact, you may be registered in one state, but be subject to taxes in another.

Termination of an S Corporation

These are just some of the more common considerations you need to know involving taxes and S corporations. Hopefully, you found this article helpful. The S corporation regime involves many different – these are just a few. There are always lots of mistakes by owners in meeting or maintaining the stricter requirements of this entity type. In many cases, if you have a problem, we can help. If you don’t think you have a problem, but are perhaps interested in lowering your taxes, we can review this with you as well.

Rafael F., Porto Alegre, Brazil I’ve been doing business with Mitch and CPA Miami for the last 4 years and have always had a great support from him. Mitch is always available, hears what we are doing and why and, most importantly, keeps us on track of better accounting and legal practices, in a very … END_OF_DOCUMENT_TOKEN_TO_BE_REPLACED

Francois I I have been working with this firm, as it relates to my personal and corporate tax activities, for well over a decade.  To date I can only say that Mitch Helfer and his staff have been professional, timely and knowledgeable of my personal and business tax needs.  In addition, Mitch is always readily … END_OF_DOCUMENT_TOKEN_TO_BE_REPLACED

Judith C This is the best CPA company I ever work with, Mitch Helfer saved us around $15,000.00 dollars in penalties , he abated the penalties successfully and we end not paying a dollar. He is always available for consultations and really understandable of our companies needs. CPA Miami 2016-08-26T07:58:19-05:00 This is the best CPA … END_OF_DOCUMENT_TOKEN_TO_BE_REPLACED

Sandra de Leon Our company has been a customer of the firm for approximately 5 years now … our business was unfortunately affected by a Civil Tax Penalty… we sent the case over to the firm for representation and managing. Immediately the firm acted upon the issue without rest … the penalty was deducted from … END_OF_DOCUMENT_TOKEN_TO_BE_REPLACED

Emy G. I went to CPA Miami for help with my tax returns and was pleasantly surprised. We have a small business and use QuickBooks accounting software. The owner, Mitch Helfer, CPA, figured out a way to make QuickBooks do many of the things we needed which will save us countless hours in data entry … END_OF_DOCUMENT_TOKEN_TO_BE_REPLACED

Luiz Schmidt Mitch Helfer and CPAMiami team always went the extra mile to help us grow our business. They are always available and proactive on suggesting better accounting practices. Their extensive use of IT resources, reduce a lot our work load in day-to-day operations. As a business manager, I would not even think in looking … END_OF_DOCUMENT_TOKEN_TO_BE_REPLACED

Sandra D Mitch is always readily available. What more could you ask for from your accountant? Many other firms you’d probably go through many voice mails before getting a call back on a concerning matter. Fees are very reasonable and he is very easy to work with, nonetheless with a vast knowledge that you’d only … END_OF_DOCUMENT_TOKEN_TO_BE_REPLACED